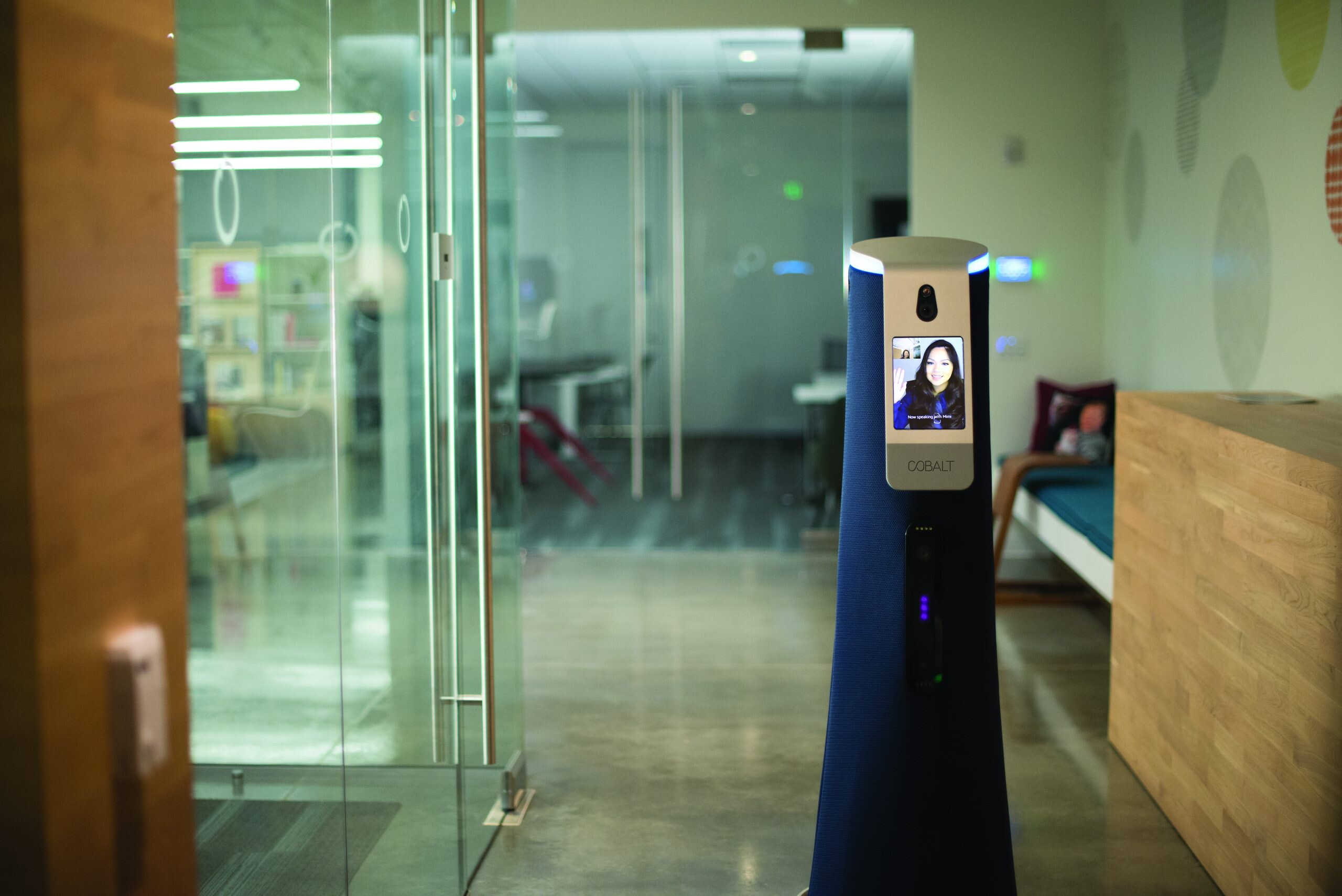 Cobalt Robotics, a manufacturer of intelligent security robots used to autonomously patrol indoor facilities, will introduce a new door integration that enables its security robots to open and then pass through a secured door without human intervention, a first for the industry.

Cobalt Robotics’ new door integration feature enables its robots to seamlessly pass through areas closed off by a door. Using a secured, wireless credential, the robot transmits a signal using either Bluetooth or RFID technology to use the door’s access control reader, telling it to open.

The new feature will be unveiled at ISC West 2019, one of the largest security industry trade shows for security professionals. The event will be held April 9-12 in Las Vegas at the Sands Convention Center.

“This enhanced capability is a game changer in the security robot industry, as it enables robots to enter partitioned areas in a corporate office or manufacturing facility that would otherwise be difficult for the robot to access independently,” said Dr. Travis Deyle, CEO of Cobalt Robotics.

Cobalt’s robots have been recognized as one of the most innovative products in the security industry. In 2017, it received the Judges Choice Award as part of the ASIS Accolades Award program, as well as the New Product Showcase at ISC West.

In addition to its door integration capability, Cobalt’s robots also feature leak and spill detection sensing technology to identify a leak or spill in a predefined area and then send the proper notification to a Cobalt Specialist. Cobalt robots are equipped with more than 60 powerful sensors, including day-night cameras, thermal sensors, motion sensors and badge readers, which helps it to detect anomalies and other risks that might not be detected by the human eye.