Cobalt takes the wraps off its indoor security robots 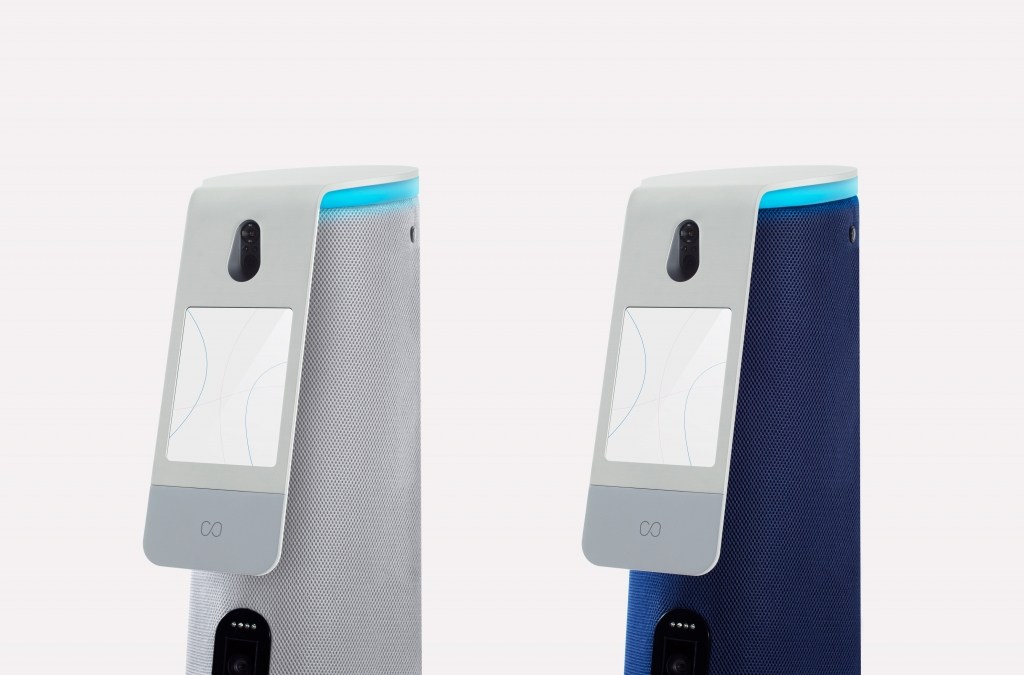 This article written by Lora Kolodny originally appeared on TechCrunch.

Palo Alto-based Cobalt Robotics Inc. today introduced a new line of robot security guards for indoor use. The roving robots use the same kind of components you’d expect in a self-driving car to sense people and problems in a building. Cofounders Travis Deyle and Erik Schluntz, who are former GoogleX and SpaceX engineers, say they designed the robots to complement, not replace, human security guards.

Altogether, Cobalt’s robo-guards pack 60 sensors, including lidar, ultrasound, depth sensors and cameras, as well as wide-angle day and night cameras to detect people around them. They also include mics and two-way video chat screens that allow human security guards or building managers to remotely interact with a person who the robot approaches. RFID scanners on board can check a person’s badge.

According to Deyle, Cobalt’s CEO, the startup was able to develop their flagship robots and the proprietary, artificial intelligence software to run them in just one year. The startup engaged Yves Behar and his design consultancy fuseproject to devise a look and feel for the robots. The results are machines that look like gliding chess pieces, say a bishop with a tablet screen in place of a head in matte metallic blue or silver-white.

Deyle said, “It’s often too expensive for companies to hire enough human security guards to patrol every floor and corner that they should. Cobalt can help fill in the gaps. We think this is going to be very useful for larger spaces like hospitals, museums, data centers, warehouses, offices or schools.”

Generally, Cobalt’s robots scan the area for anomalies and tell security guards where they’ve found anything that merits greater inspection. In the future, the robots could be used to map changes in a building, and track tagged assets within it. Today, using data from various sensors, mics and cameras, the robots can detect things like the sound of a window breaking, an apparent water leak, or the presence of people in the office.

The cofounders said they have raised some seed funding to finance their business, but declined to disclose terms of the deal including how much they raised and for what kind of stake in their business. Investors include Bloomberg Beta and Promus Ventures who led the round, joined by Haystack, Subtraction Capital, Comet Labs and various individual angels.

The robots, which are meant for indoor use only, could be used in conjunction with a range of other stationary CCTV and security systems, Deyle said. The company will compete for a share of the physical security market, which is expected to reach $110 billion in annual revenue by 2020, according to forecasts from Grandview Research.

Subtraction Capital investor Paul Willard said one thing that investors liked about Cobalt was its plan to build a robot with room for features and functionality to be added incrementally. “This isn’t a robot that tries to do everything at once. It identifies people and problems, and tells the humans where they are,” Willard said. He expects Cobalt will be able to gather a lot of data, and train their neural networks so that their robots can autonomously perform more security-related tasks over time.

At the same time, the company will be getting feedback from their early customers and figuring out what they do and don’t want robots to do, Deyle said. While he didn’t have permission to name Cobalt’s pilot customers, the startup will have about a dozen robots in circulation with major corporate clients this quarter.